The woman that I consider a hero is Rachel Carson. 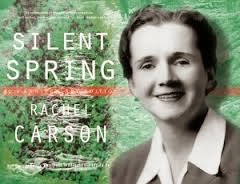 When Ms. Carson was a child she lived in a rural area where she was surrounded by the vibrancy of natural life all around her. Each morning when she awoke, she would take care of her morning chores, and then go investigate the world she loved so much.

As any person who grows up surrounded by the sights, smells and sounds of nature, she became familiar with the songs of birds and insects alike, for her they were as much a part of her as her own senses.

As a child she was a gifted writer and was published in a periodical which brought small but much needed resources into the family income.

The years passed, and D.D.T. a pesticide was introduced in the U.S. as a way to eradicate mosquitoes and deadly malaria and encephalitis which was carried by these pests. The manner and use of said pesticide was not done with wisdom, and it wasn't long until there was a noticeable affect from the poison on more than just the mosquitoes.

Millions of butterflies, bees and birds were eradicated in a short time. In 1940 Rachel went to work as one of the first women scientists, for the Federal Fish & Wildlife Agency. She had a lifetime love affair with nature and all that lives there.

At this time in U.S. History 1945 (Rachel was in her 30's), people were not aware of the long term affects and reach of D.D.T. once it was applied to areas where mosquitoes were known to swarm.

The impetus for Silent Spring was a letter written in January 1958 by Carson's friend, Olga Owens Huckins, to The Boston Herald, describing the death of birds around her property resulting from the aerial spraying of DDT to kill mosquitoes, a copy of which Huckins sent to Carson.[8][9][9] Carson later wrote that this letter prompted her to study the environmental problems caused by chemical pesticides.[10][11]

There was now a notable difference in the sounds of nature. In many places that once thrived with life, sounds and activity were deathly silent. So much wildlife and habitats were destroyed in an effort to kill mosquitoes.

"Silent Spring" was finally released in 1962, where Ms. Carson was met with a furious chemical industry. This book was an eye opener for the general public, and was the beginning of an enlightenment about how chemical use was more far reaching than could have ever been imagined.

The reason she remains my hero today is that she never backed down from the violent opposition to what she knew and proved to be true. Because of her wildlife, and aquatic life were given a chance.

She was brave and smart; a scientist and writer - A woman I call hero. Lori J Latimer 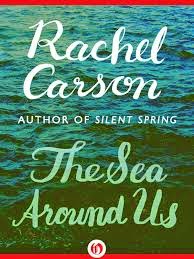